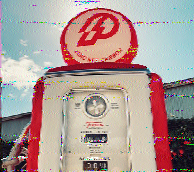 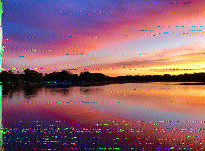 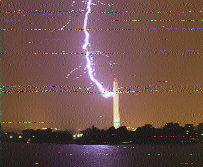 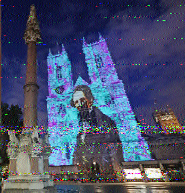 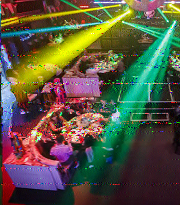 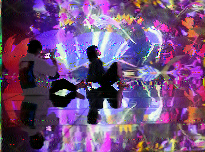 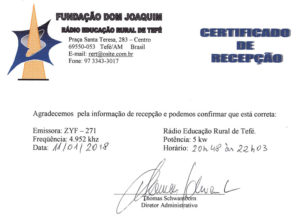 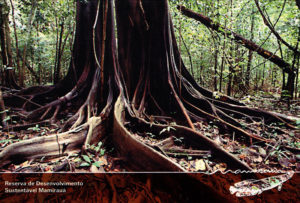 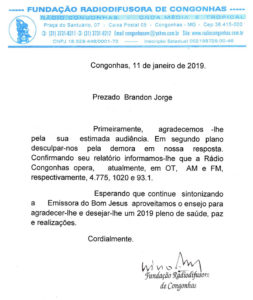 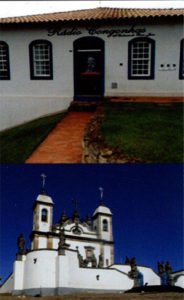 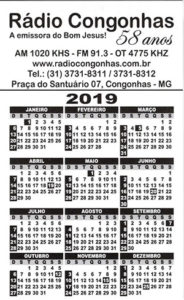 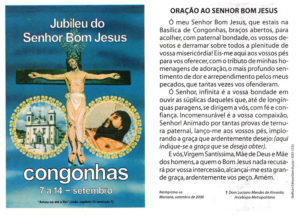 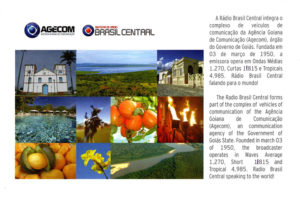 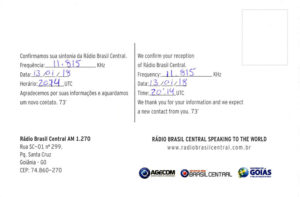 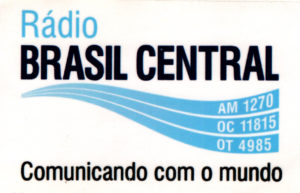 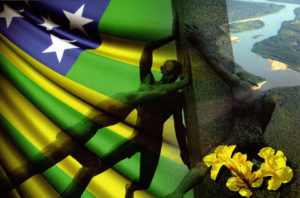 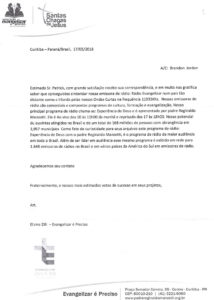 Freq-only (incorrect) letter in 18 weeks for Portuguese language report, post card, envelope and mint stamps. Letter appears to be copy of a reply to DXer Patick in Ireland, with A/C: Brandon Jordan at the top, v/s Elaine Zilli. 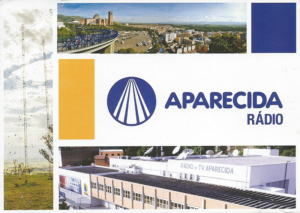 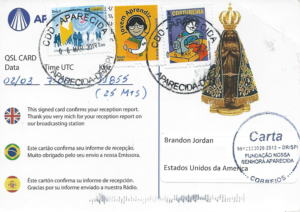 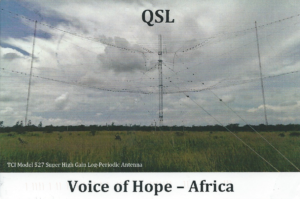 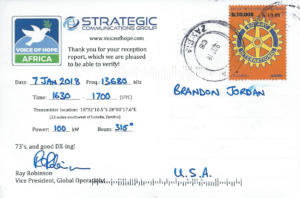 Full-data card in 80d for e-mail report to reports [@] voiceofhope.com 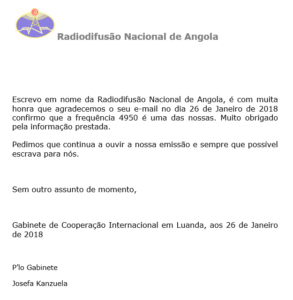 Partial data verification MS Word file in less than 24 hours for Portuguese email report to josela.mami at hotmail. Verification signer Josefa Kanzuela is a reporter at RNA. I have been trying to get Angola verified for decades, so very pleased with this one!